Some people do want to turn the clock back to decades or even centuries
Where men should be cowboys and women were pea-brained barbies
Where coloured ppl knew their place
A world, where only one race and one faith could dominate…

There have been several decades of openness
And humanity advancement

But, like a marriage without money
It didn’t last

Will you forgive a mystery writer if he leaves the mystery unsolved? 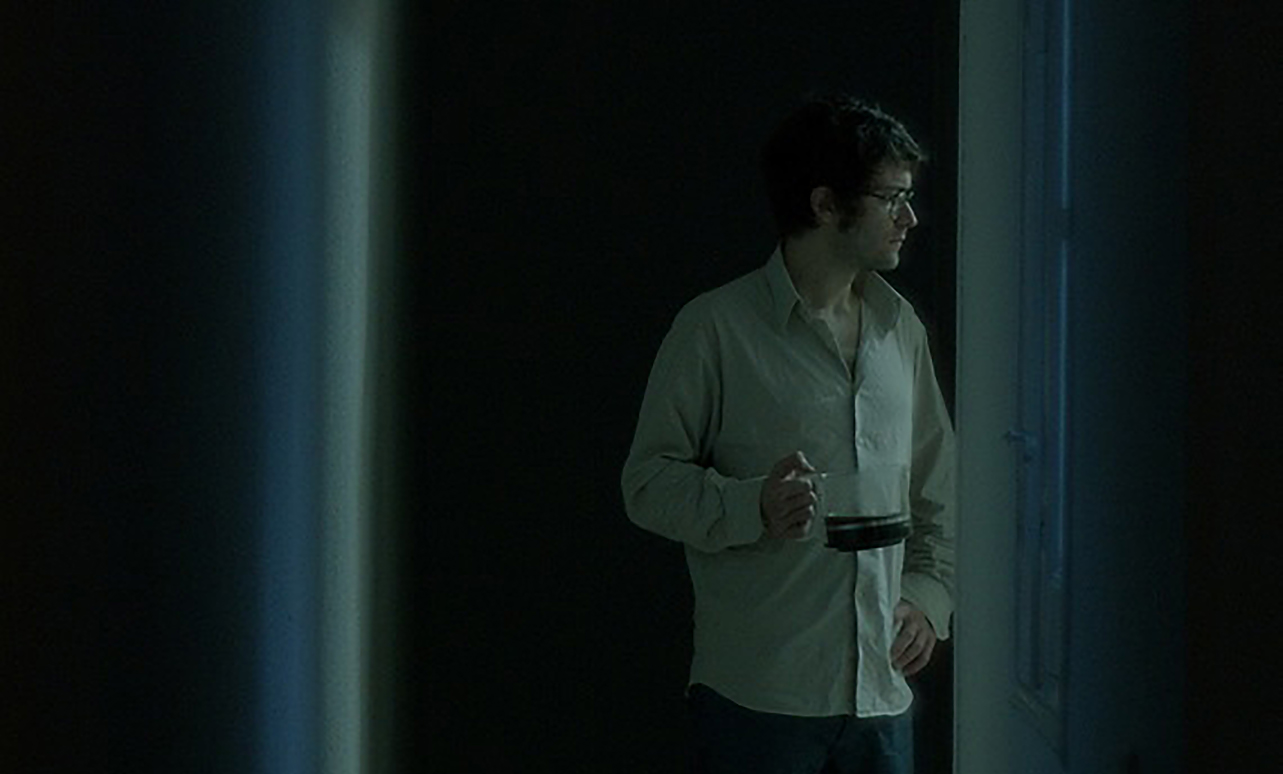 To me yes, when the film is not just about the mystery, like Pablo Hernado’s Berserker (2015).

From Conan Doyle, Agatha Christie to more contemporary crime fictions such as True Detective, Stieg Larsson’s Millennium series, Gone Girl, etc… the world loves mystery. I love mystery. We all love solving a puzzle. As a story goes we will gather hints and reconstruct the events ourselves. That is a truly fun part in reading a mystery fiction. It does not matter whether you solve the case yourselves or the writer present the killer(s) to you on the table, ultimately, for any mystery story, the readers/audience need to know who, how and why.

Strangely, out of mere coincidence, I have run into a series of open-ended mystery fictions this month. Pablo Hernado's Berserker is one of them. When the movie finished and the end credits rolled up, the girl sitting beside me leapt forward, with both her palms raised to shoulder height, even in the darkness I could see her mouth wide open and her face expressing a big “WHAT?”.

The unavoidable verticality in charity 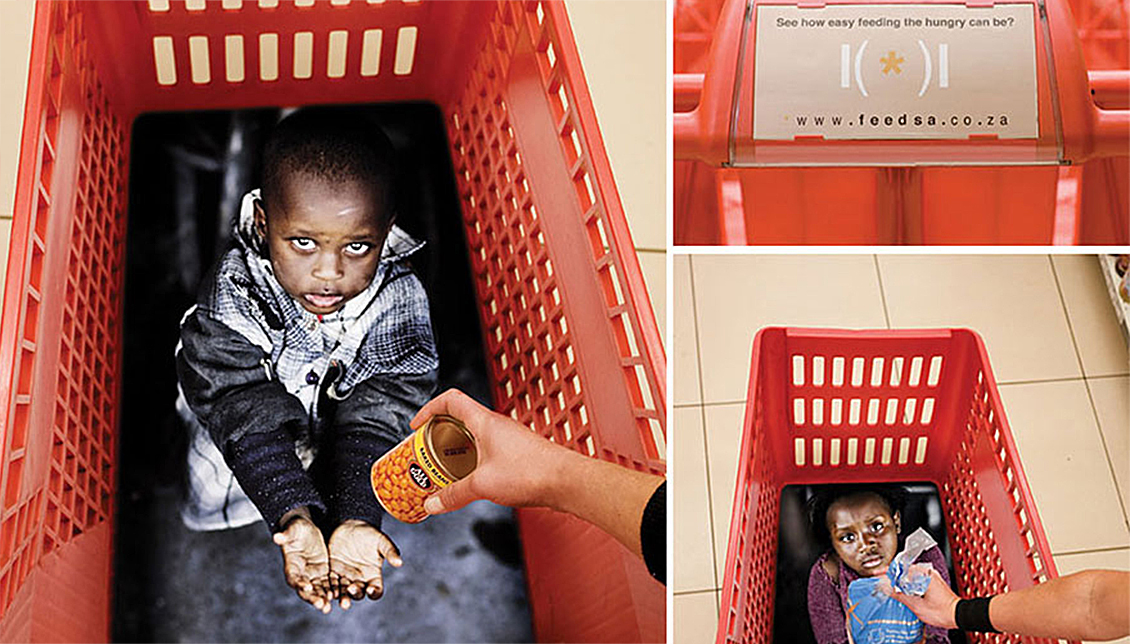 Once when I was on Pinterest looking for inspiration, I came across the photos below, they were part of the campaign "See how easy it is to feed the hungry?" from South Africa, 2008.

From a design point of view, I think this concept is really clever and powerful. By just adding a very simple touch to something all of us do almost every day – taking your grocery out from the shelf, and then putting them into your shopping basket, the images manage to turn one of our most mundane daily activities into a shocking revelation. Suddenly, the certainty of the wealth that surrounds our world seems to have subsided. Suddenly, we are stunned by both shame and guilt. These images are as poignant as someone had just come up and grabbed us by our shoulders, shaken us so violently that finally we woke up from our usual looking-but-not-seeing state. The message is clear – to encourage us to think of those less fortunate people in the world when we consume. However, there is also an undertone that sends a chill down my spine.

How small these people are being perceived; and how great we project ourselves to be.

Elizabeth is Missing – solving mystery through a tangle of memories

Maud was 82 years old and Maud was losing her memories. And she was losing them fast.

She found her world becoming more and more unfamiliar day by day. She found herself suddenly standing in the middle of a garden but could not remember what she had been digging. She could not recognise her streets because they looked so different from how she remembered them in the 40s, when she was still a teenage girl. There was a woman. A middled aged, tired and constantly irritated woman who claimed to her daughter and who was always angry with her. More and more Maud started to do things that were completely meaningless to others, or, it was this very world that has been losing its meaning to her. Nevertheless, at the back of her head there was something that would not go away. A gut feeling maybe?

At the end of 2009, I got my first electronic reader – a SONY eReader. At first I was pretty excited with an electronic reader, because I am a downright bookworm. There is always a book in my bag every time I go out. Even on a day when I know very well I will not have the time to read. Because of this habit, my bag is always full and heavy. And if I happen to be reading a brick-like hardcover, the weight on my right shoulder can feel like a self-inflicted, day-long punishment. Now I could put hundreds of books in just one thin device, in terms of saving my back and shoulder, isn't an e-reader a godsend?

Unfortunately, my enthusiasm for the SONY eReader did not last long.

The buying and selling of women’s nudity 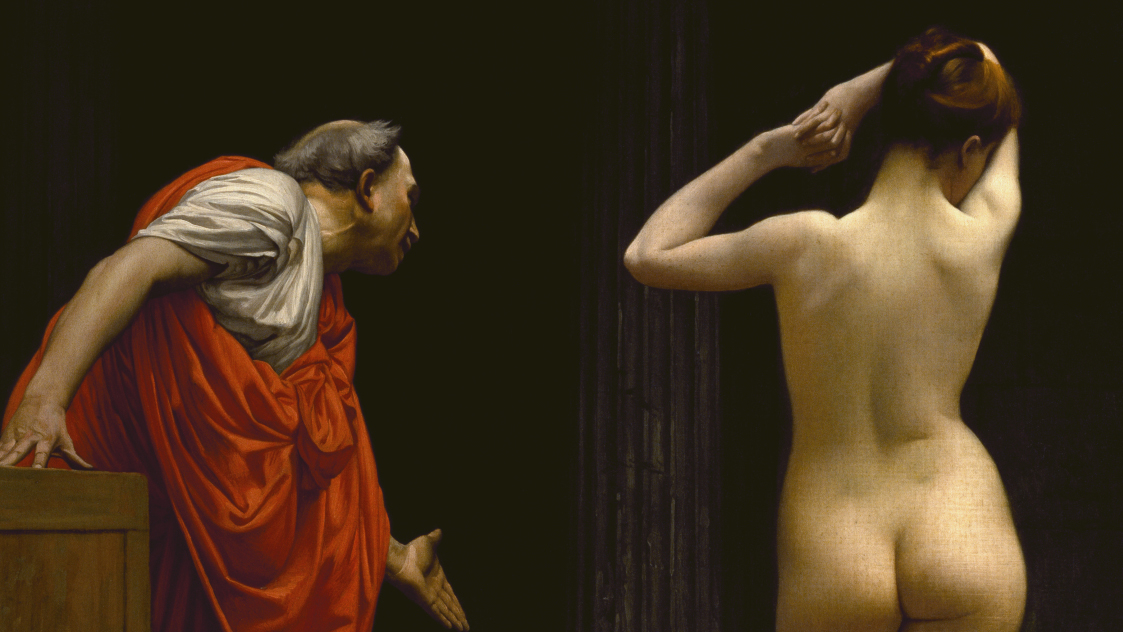 She repeatedly appears in front of us. She does not have much cloths on. More often, she does not have any cloths on at all. She can be on the water, in the forest, or in her own chamber. She is lying there, as if her body contained no strength. May it be her voluptuous flesh, or the linen or water or grass this silky flesh is resting upon, they all feel so soft in the eyes of the viewers. You are almost drawn to lie down with them, or on them... such reproductions of her image show us one thing: a woman’s body is (and can be) widely open to her (male) painters and viewers.

Intriguingly, she herself is aware that her naked body is being viewed. She does not resist it. She even flirts with us. Men utilize their own eyes to survey women. Women utilize men’s eyes to survey themselves. In such process, women join men in turning themselves to an “object of seeing”.

Reading Poverty Through Fairtrade: Conclusion – the road to real development 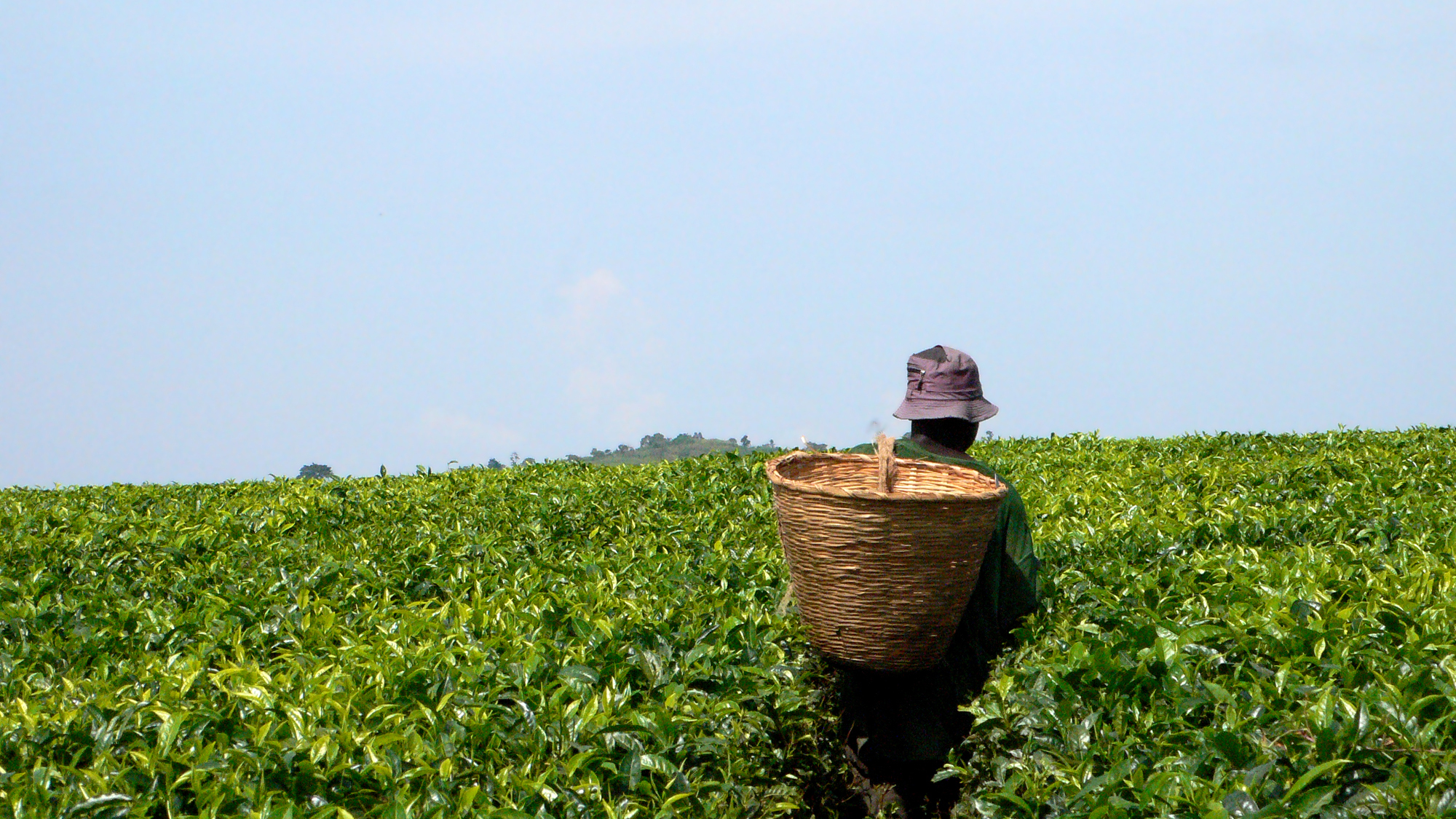 In the public space of the developed countries, posters of children with darker skin colour needing or thanking our help are still everywhere. The poor looks like this when I was a child. They still look like this now that I have grown up. They probably will look the same for the next decades to come. During all this time the dialogue about helping poor people continues, have even permeated the business-consumption level. Perhaps, the capitalism we are living in has become so advance that it probably can take in all forms of subversion and transform them into business.

Fairtrade concentrates on cash crop. Materials that Europeans want and their colonies have been shaped to produce for centuries. Cash crop is not the reason for unfairness. Rather it is a result of the already unjust world system. Guaranteeing poor producers a minimum price of its production without getting people out of its trap will never lead people anywhere... 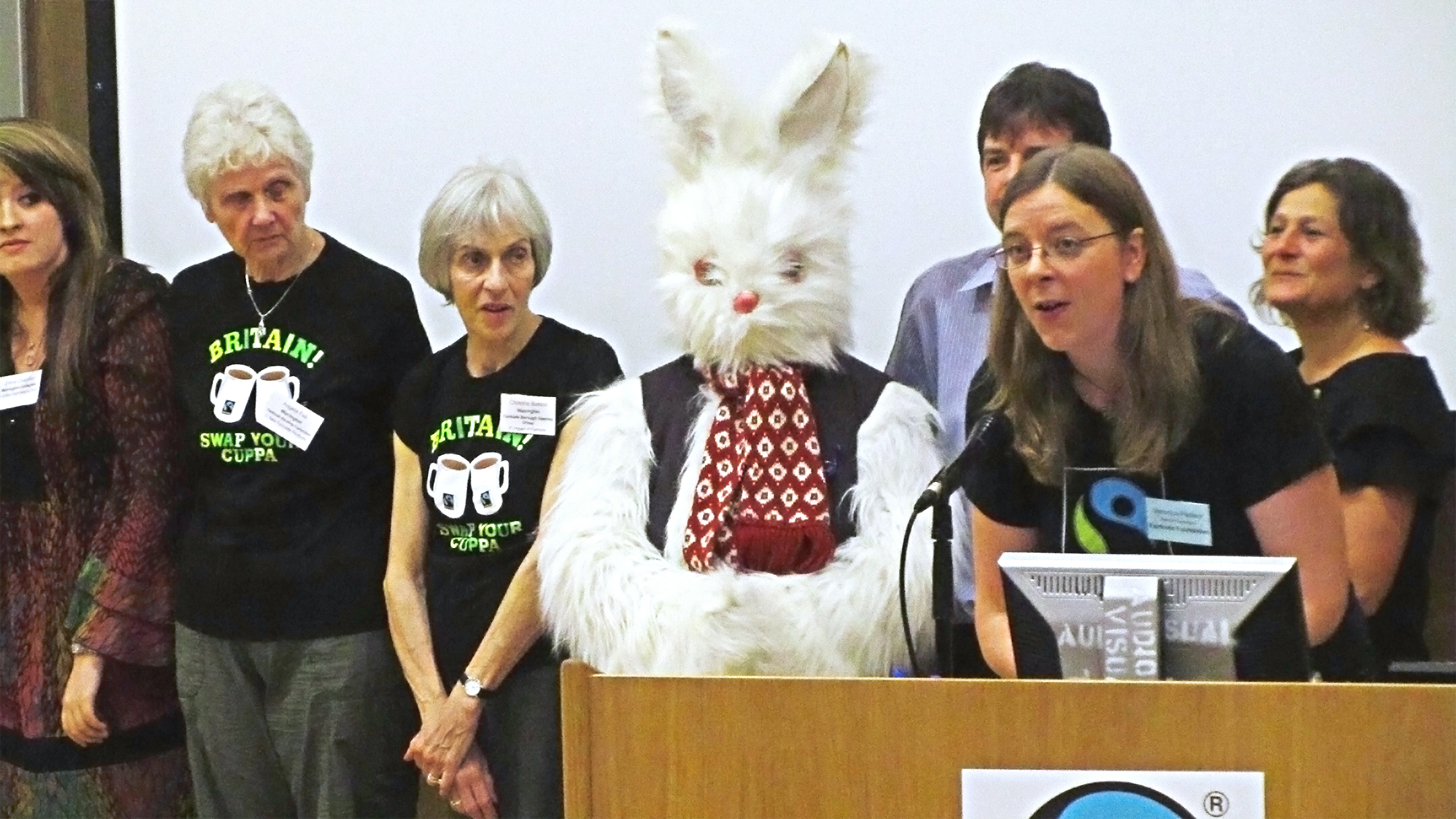 On the stage they reported, discussed the unfair cotton trade and gave out awards to active supporter groups. The event has placed a strong focus on cotton this year, with a note to a fairly new programme – Fairtrade and Fairmined Gold. It is obvious that after food, the fashion and jewellery industries are the two areas which Fairtrade, at least in the UK, is planning to expand to. 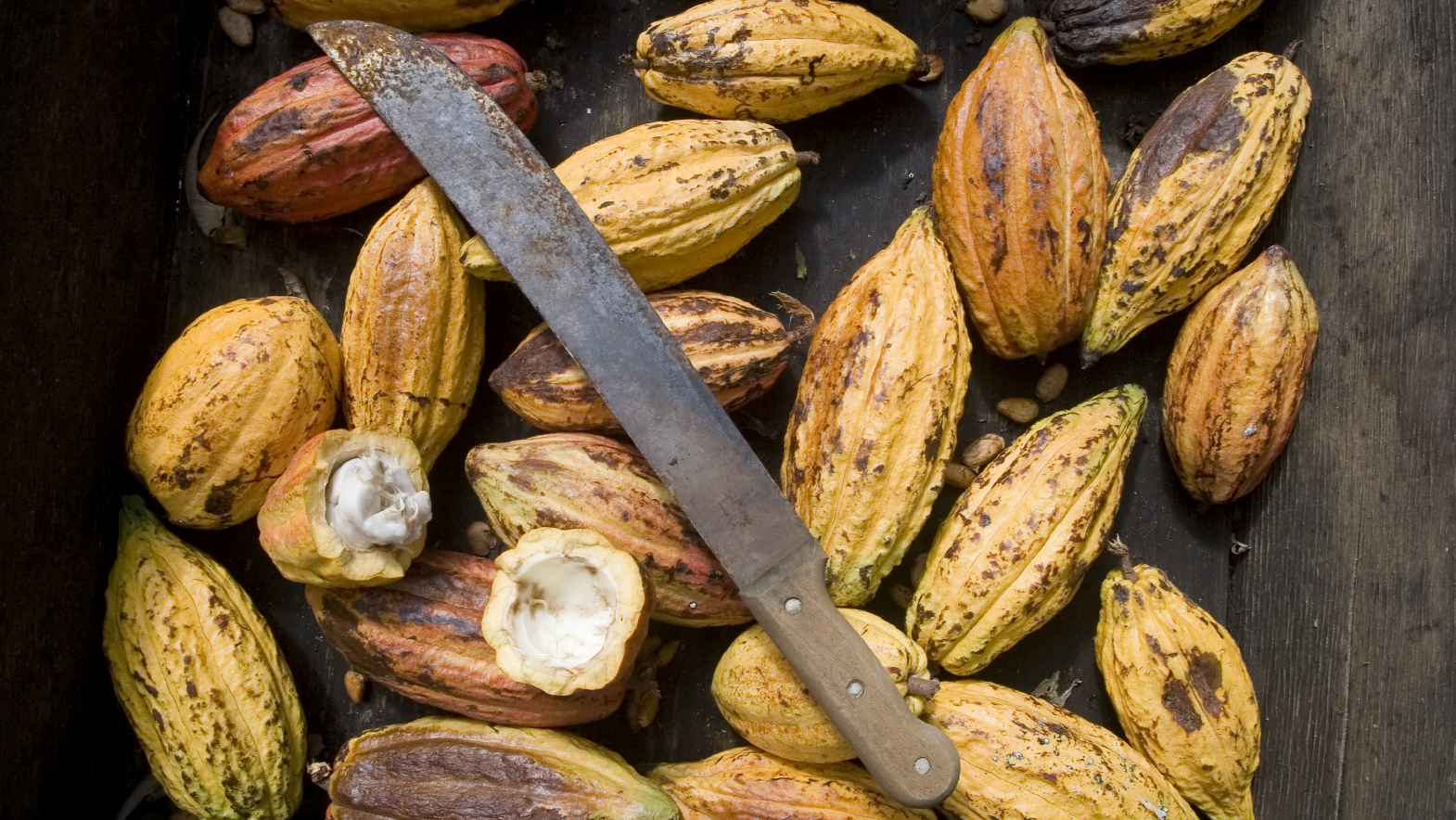 As much as the images of the world poor are saturating our visual space, the representation of them is rather monotone. We see the same face expressions. We hear the same stories. Always they are the stories, but not the storyteller. 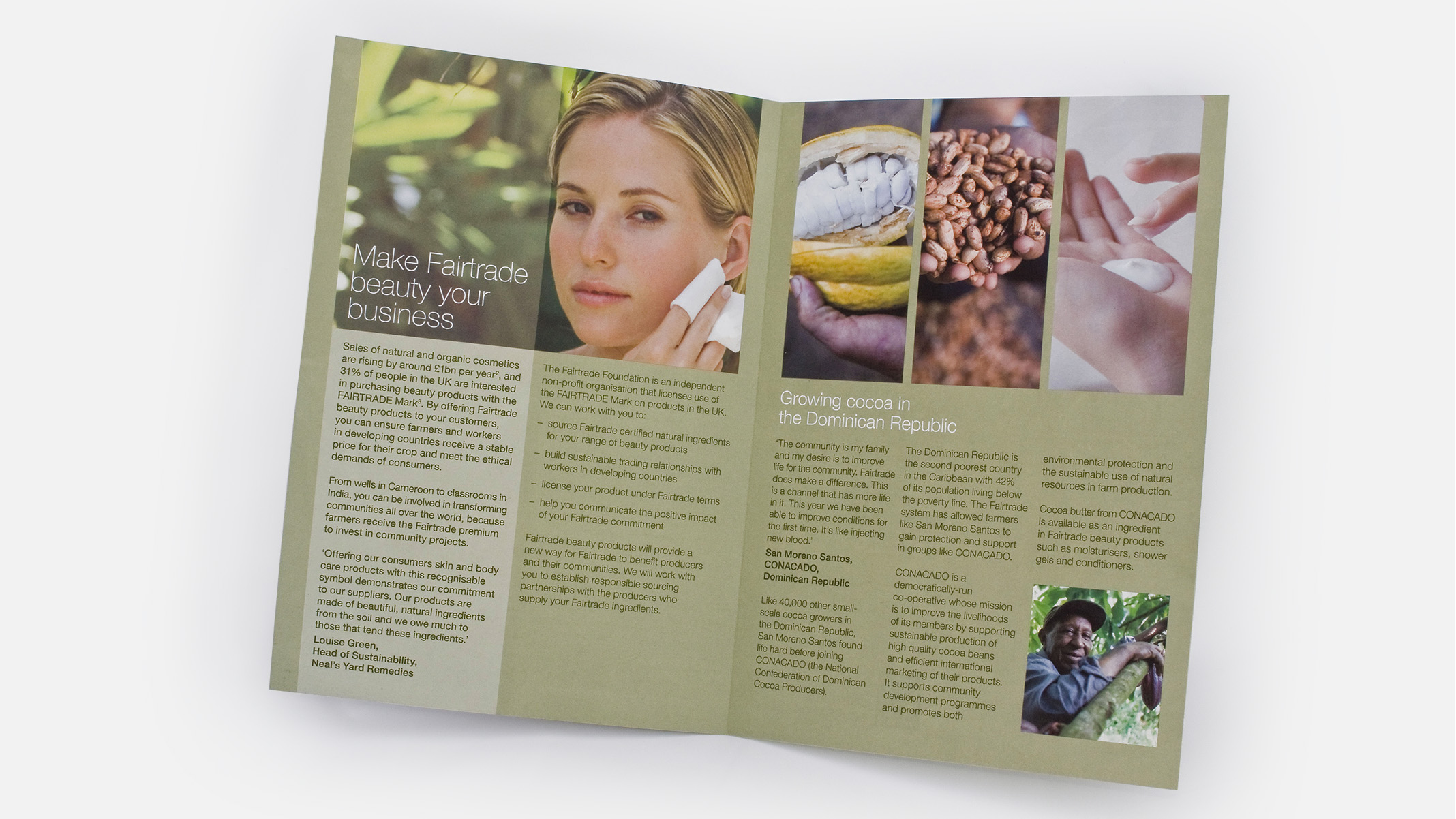 While most people in the developed world seems to cheer on Fair Trade, some do pose serious questions about its operation, intention and possible negative impact. WORLDwrite, a educational charity based London, is one of them. 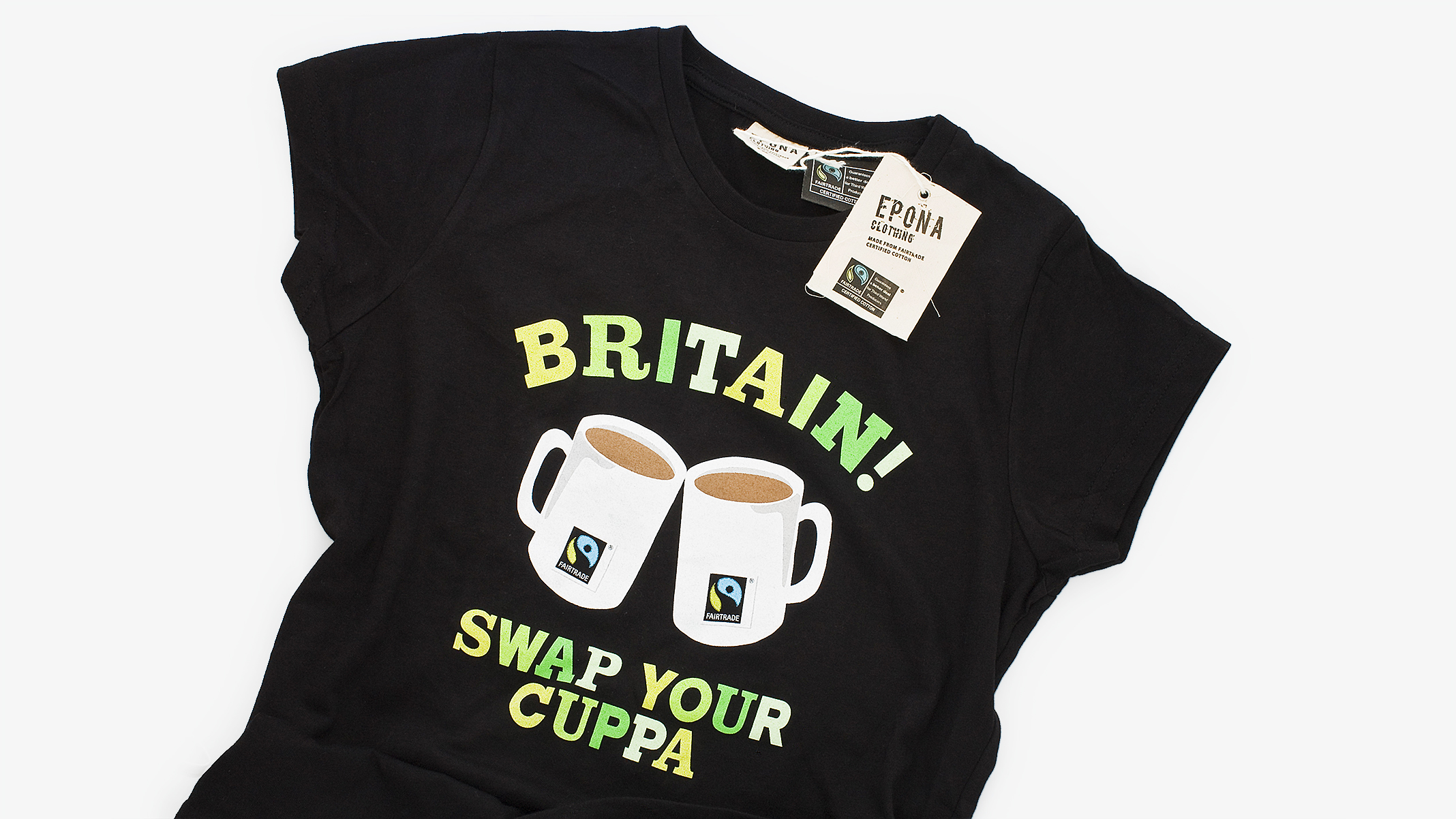 So far we have raised a lot of questions regarding the Fairtrade system and imagery. What does the Fairtrade Foundation think about them? This chapter records my interview with the Foundation's Creative Head, Mike Laloë.

Reading Poverty Through Fairtrade: (2) Visual positioning of the poor & the rich 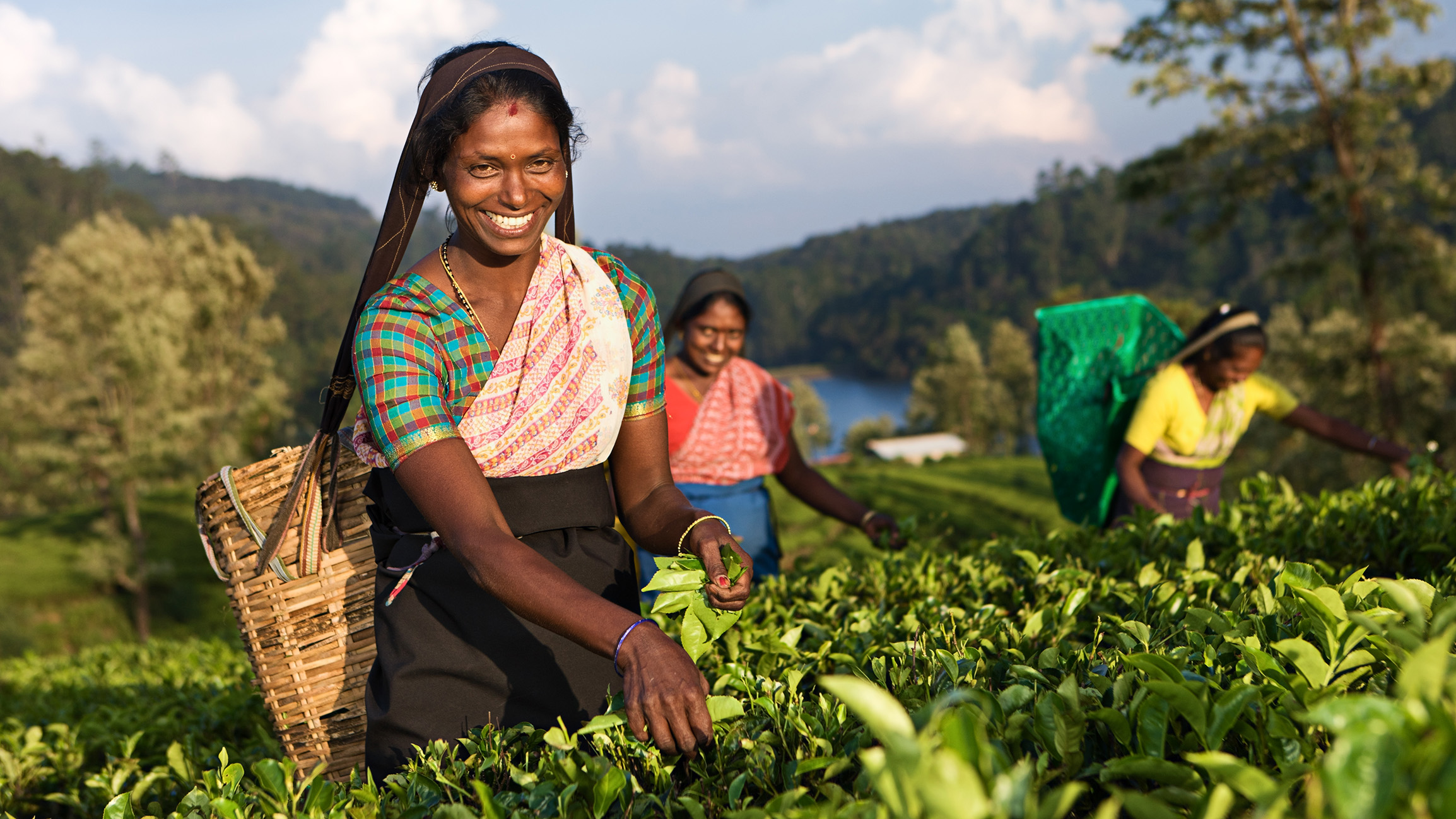 In his thought provoking collection of visual essays Ways of Seeing, John Berger observes that “the painted poor” often smile.

“These people belong to the poor. The poor can be seen in the street outside or in the countryside. Pictures of the poor inside the house, however, are reassuring. Here the painted poor smile as they offer… They smile at the better-off… Such pictures assert two things: that the poor are happy, and that the better-off are a source of hope for the world.”